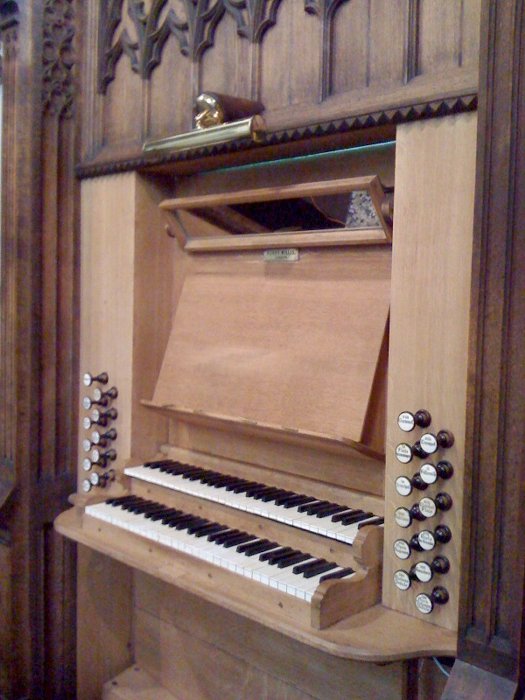 t Wentworth, we have an original “Father Willis”, organ built by Henry Willis I.   It was installed in memory of the 5th Earl Fitzwilliam as an integral part of the church on its completion in 1877.

The organ retains most of the original actions and is faithful to the “Voice of the Maker”.  It represents the finest work of Willis and is therefore of considerable historic interest.

The only significant repair work undertaken after its installation was just over 100 years later in 1980. As part of this work, a worn-out wooden tracker action was replaced with a modern lightweight aluminium one.  Some pipe restoration work took place too.

Following this, more work was undertaken January 2009 by Willis of Liverpool, the traditional organ builders who are now under new ownership.  This had to be done because the bellows, which normally last only 80 years before requiring replacement, had virtually disintegrated and the leather had degraded to the point where it was more fragile than rice paper.

The opportunity was also taken to repair the pipes and tracker rods, these were replaced where necessary. However, a key feature of the work is that it is being restored (as far as practically possible) to the original specification, so that it can be said that Wentworth Church has (to all intents and purposes) a traditional Father Willis organ.

The organ is a two manual and consists of the following 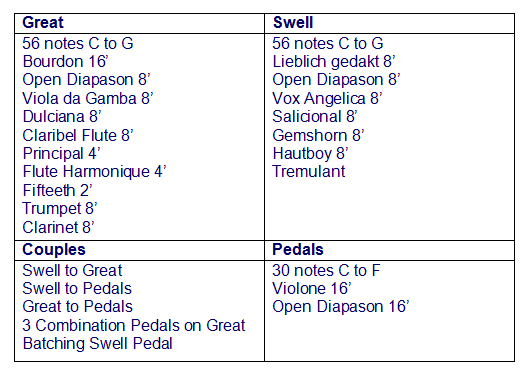